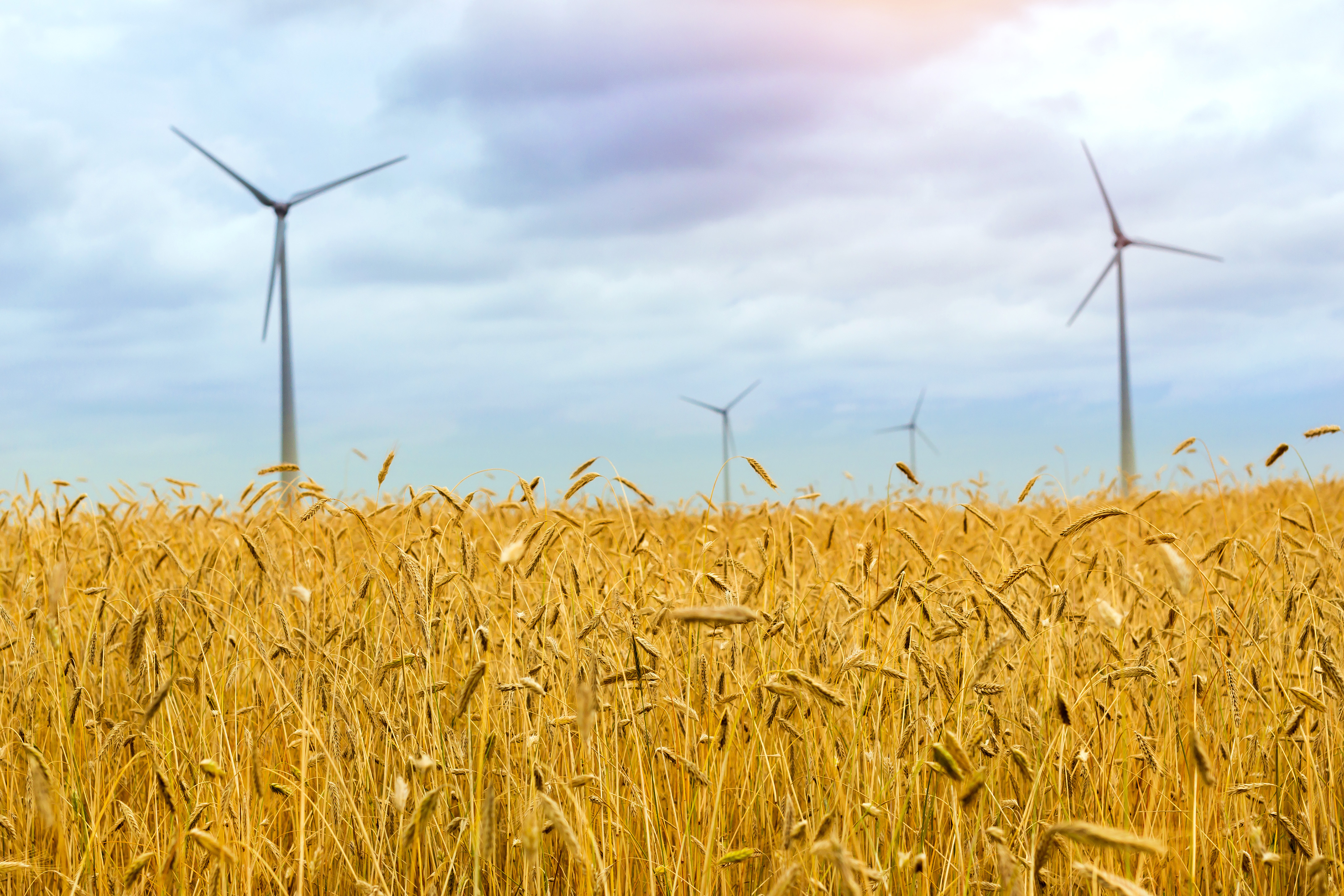 Renewable energy is an exciting prospect for the agricultural industry and society at large. This blog seeks to consider how recent shifts in political support has the potential to truly develop the sector and what this might mean for the industry's future.

Addressing agriculture’s significant contribution to Greenhouse Gas (GHG) emissions (and therefore climate change) is a challenging debate. Still, it is an issue that we must address if global warming is to be kept within the limits agreed at COP21 in Paris 2015, which continues to be the basis for global warming measurements today. Globally, the agricultural industry has witnessed an increasing array of technology and useful knowledge to help overcome some of the most critical aspects. In addition, political support and regulation around the industry have continued to evolve, which collectively has contributed to today’s global operations. As was mentioned in a previous blog post, the topic of renewable energy in agriculture is gaining serious momentum, and we are interested to know how this might actually come to fruition with the help of policy and support packages.

When specifically considering developments within industries seeking to address emissions, we can look immediately to the results, but also to the dynamics in play within industries. The tracing of specific activities and entities responsible for emission generation is relatively straightforward for many high GHG emitting industries such as energy or manufacturing. In addition, the capacity to quantify this has prompted the development of various emission regulating mechanisms such as carbon taxing. Today, many of these mechanisms have become well interpreted across many industries, triggering an increase in their adoption along with the appropriate technology and resources. Within agriculture specifically, we could all name several initiatives and mechanisms which have also been proposed and developed with an emission reduction potential. One such interesting case is the development of renewable energy and its associated methods of production. However, it is evident throughout the years, that despite the good intentions and potential of biogas production, it has struggled to

into something that was originally anticipated.


Energy Use Within Agriculture in the European Union

For the sake of this blog, regulations and farms within the European Union (EU) will be used as an example, which covers a region of over 10 million farms alone, mostly run as a going family concern. Whilst farming in the EU is not necessarily representative of all global farming practices, it does provide a significant contribution to global food production (closely regulated under the well-known Common Agricultural Practice (CAP) scheme since 1962). However, there are also consequences of this production, and more specifically, the associated GHG emissions generated. Throughout the ten years between 2004 and 2015, energy use within the industry across Europe had been on the decline, however, since then, it has unfortunately begun to increase again - to 3.2% of Europe´s total energy consumption in 2018. Of course, this can be down to numerous reasons, with perhaps the strongest point being the need to continue feeding the growing population and the pressure this places on production systems. Yet, when energy related to agricultural production (within Europe) contributes to a considerable 10% of Europe´s total GHG emissions

, it raises the question of why initiatives such as renewable energy and more specifically biogas have only occurred somewhat ´half-heartedly´.

For those unfamiliar with the CAP, it fundamentally has set out a framework and funding system to secure agricultural production right throughout Europe. In more recent times, shifts in its objectives and mandates have begun seeking to prioritise more sustainable agriculture, which includes the likes of emission reduction. Yet, similar to the challenges faced by renewable technology and the development of biogas production, frameworks such as the CAP, have also struggled to be ‘implementable’. Which prompts an even bigger question of how can the industry find a healthy balance between technology and policy to support and direct the agricultural industry in a relevant and applicable manner? And, if ideas that offer such an opportunity such as biogas production will in fact be effectively launched and developed?

Policy & Support More Suited to the Reality of Agriculture

Of course, many other factors contribute to the realisation of frameworks – regardless of whether sustainability is at its core. But with consideration of the agricultural industry´s unique attributes, it´s evident these sorts of frameworks need to move beyond that of prescribing a set of objectives and consider what it will take to get the likes of biogas production at a level where the industry (and society at large) can actually appreciate its impact and be willing to seriously invest. Which in more recent times, has rendered the development of specific initiatives seeking to address key objectives within the CAP, such as the ‘European Green Deal’. This Green Deal seeks to transform the EU into a prosperous and resource-efficient economy, along with addressing urgent challenges such as operating at climate neutral by 2050. This is also where we have now begun to witness a change in how agriculture is regulated along with a change in the political tact – to reward farmers for sustainable operations, promote the notion of a circular economy and for society at large to internalise the realities of consuming sustainably produced food.

Recognition of Specific Opportunities for Renewable Energy in Agriculture

With regards to the likes of renewables and biogas production, the EU have stated their willingness to “support farmers’ engagement as prosumers of renewable energy,” - thereby prompting a stronger rationale and moving force behind these such objectives and mechanisms addressing the industry´s sustainability. We have also witnessed the development of systems that promotes the long-term relevancy of sustainability and platforms for the likes of renewables and biogas – offering greater credit to overcome high investment costs, along with a reduction in the complex permit and subsidy process. And, changes are actually beginning to be felt - ”in the first half of 2020, renewable electricity generation in the EU exceeded fossil fuel generation for the first time ever.” Further, whilst the production of more traditional biogas may only be on a slight rise, developments of further technologies and rationales within the scope of ´biogas´ such as waste treatments and nutrient recycling are experiencing more considerable interest, suggesting a more prominent presence of the technology.

Driven by a collective concern about climate change, renewable energy is set to change our world. Agriculture, one of the industry´s most exposed to climate change, is also experiencing changes in its relationship with energy use and production. While biogas production is just one example in agriculture that has experienced fluctuations in its uptake, it is evident that the surrounding support systems and policy frameworks are highly influential and therefore critical in its development.

Where overarching frameworks such as the CAP have shown to be necessary and pivotal in directing the industry towards a sustainable future, they too can also help overcome the specific challenges and help with the realisation of such developments. They offer a tangible means for farmers (who are typically at the forefront of changes in standards and regulations) a viable means to engage with objectives. To see that there are options for the agricultural industry to effectively navigate the challenges and identify industry-relevant mechanisms seeking to reduce their environmental impact and GHG emissions.

As with everything, policy and support packages will continue to adjust in order to best address industry challenges and opportunities. We encourage farmers specifically though, to consider what has been developed in their surrounding regions - what is on offer and begin to build ideas with surrounding support services. For many, it is often a surprise just what support is available and what impact your efforts can have!

Why the world needs a total rethink on food production

A blog that doesn't start with 'Regenerative Ag' – so, what is it?