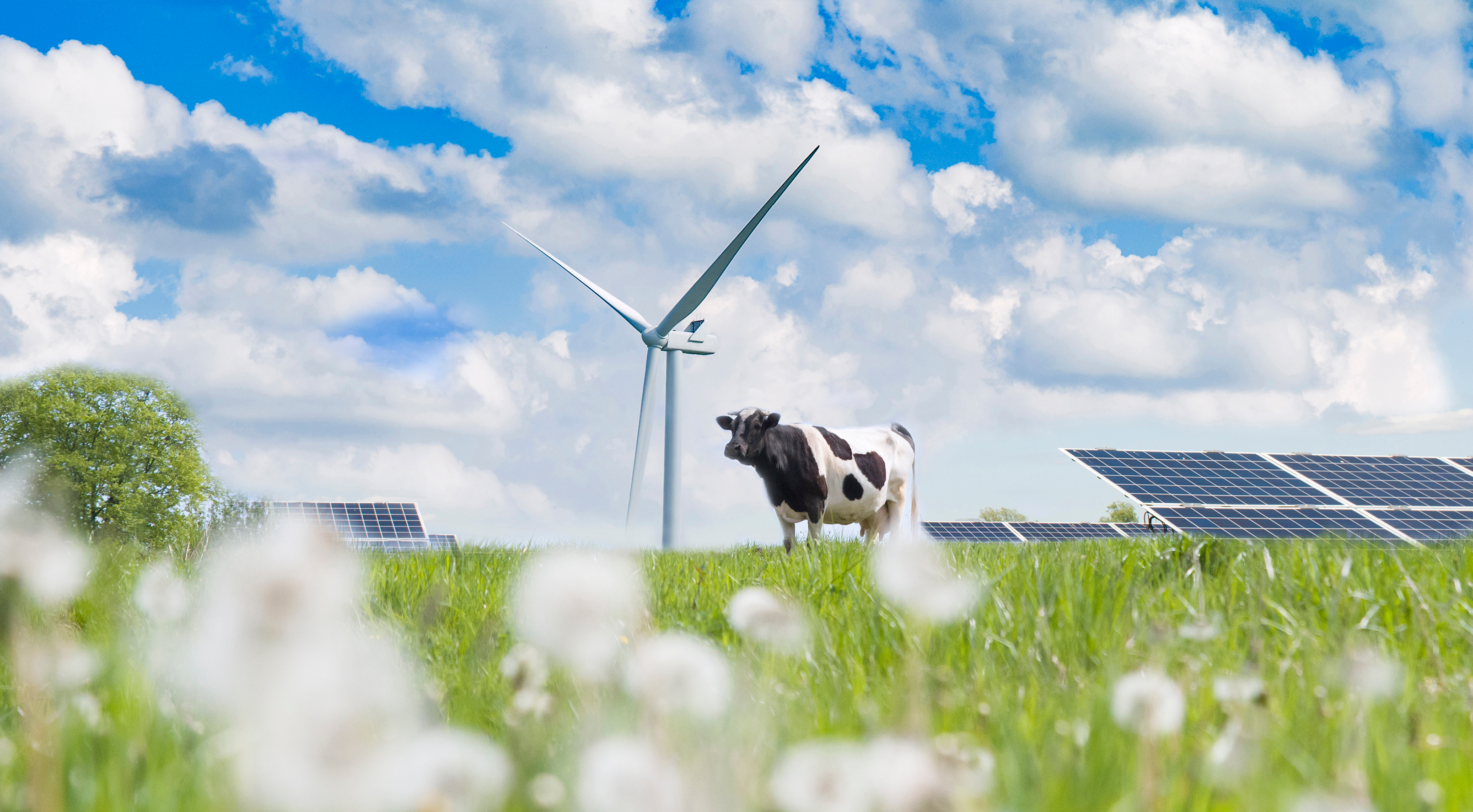 Increasing momentum in the development of novel solutions to aid the sustainable shift in agriculture offers farmers a diverse range of options to consider in their efforts of going green. Yet, for many, deviating from standard practice cannot happen overnight.

In addition, while many new solutions are based on being affordable and effective; we should not underestimate the value of solutions capable of leveraging local resources. Renewable energy solutions offer just that – solutions that can be highly adapted to maximise local and naturally occurring energies, thereby offering farmers an opportunity to go greener by utilising nearby existing resources.

Across the wide variety of possibilities, the on-farm installation and integration of renewable energy solutions have shown significant uptake in recent years. In fact, the agriculture industry has even played a vital role in the progress of the global renewable energy industry. Large areas of land and roof spaces have been made available for renewable energy projects without negatively influencing the farm's typical production systems. The industry has typically welcomed the opportunity, with consequently positive results for all. This signal is highly promising for farmers and their development towards greener operations, particularly given the growing awareness of the energy sector's ability to electrify a wide range of other solutions being introduced into the industry.

As it stands today, the utilisation of renewable energy throughout the agricultural industry seeks to leverage existing resources in the environment (naturally occurring and therefore renewable) to generate a clean energy form. While some regions across the globe are more suited to leverage the surrounding natural environment in generating energy, continual developments in technology indicate a sustained future outlook for the renewable energy sector. In addition, it is reinforcing to see continued ownership of renewable energy technology by farmers themselves. For instance, in Germany, over half of all wind turbines are owned by locals, with an increasing number of farmers establishing their own private companies to develop energy projects. While in Denmark, almost a quarter of all wind energy, is generated by turbines owned by Danish farmers.

Some forms of renewable energy are spoken about more than others, which is typically due to their uptake and presence. This includes the likes of energy generation from hydro - an energy form that has long been leveraged, even in historical times, to generate 'power' from water's natural inclination to move downwards with gravity. More recently, hydro technology has encountered additional refinements to make the process more efficient and more accessible for smaller-scale operations such as waterways on farms.

Another form of renewable energy can be generated through harnessing the sun's energy through solar panels – or photovoltaics (PV). While solar technology has also continued to be developed, farmers are also beginning to think more broadly about its application, namely, agrivoltaics. For example, applications of solar panels are now moving beyond the basic installation on existing roof spaces. They have prompted new forms of production that can actually be maximised when temporary and transportable shade roofs are installed as solar panels.

Wind energy too is proving to be an effective renewable energy form in generating energy. This technology was typically seen as only applicable in areas encountering high levels of wind. Yet, developments in technology are now allowing effective energy generation and turbine movement in areas with lower levels of wind to yield similar levels of energy. In addition, smaller turbines are being developed, making this technology more accessible for individuals.

Beyond the renewable energy forms mentioned above, there are other applications in further development, such as biomass and ground-source heat pumps, offering a more diverse mix of resources to be leveraged. An interesting (and reinforcing) aspect for the agricultural industry regarding renewable energy solutions' future role is the technology's applicability to accommodate smaller-scale operations. This encourages these (and future) solutions' to have even greater uptake, placing farmers globally, in more powerful positions to electrify their farming operations and sustainably aid future food production needs.

A shared aspect encountered across the different energy forms that also needs to be considered is its availability. Given the reliance on natural phenomena to generate these renewable energy forms – whether it's water, sun or wind; they are all known to encounter fluctuating levels of intensity and occurrence. This previously discouraged reliance on these energy forms entirely - with a mismatch between supply (generated) and demand (use). Yet, we have also witnessed significant traction in storage capacity in more recent times, reinforcing Power2X. With ongoing developments, such as storing energy in a tower or connecting other technology to the energy supply – both can support overall operations in a fluctuating manner (accommodating the peaks and troughs of renewable energy production. Power2X, with developments such as this, has enabled practical storage and overall management of surplus energy. This continues to aid the ongoing transition to leverage renewable resources, promoting their greater overall relevance and accessibility.

For the agricultural industry at large, renewable energy solutions offer a wrath of benefits in aiding the direction to greener and more sustainable operations. This provides the industry, right down to individual farmers, with clean energy suitable to power various operations that would otherwise use energy generated from other, less sustainable forms like fossil fuel and electricity. Already, the switch towards more sustainable energy forms has been shown to reduce farmers' overall climate footprint of agriculture, helping to secure their energy supply and help electrify and power up existing operations to become more efficient. It is certainly an exciting development, and we are excited to see its further utilisation in aiding farmers and the overall industry.